Who dares wins: have you got what it takes to survive?

Ever wondered about the wilder side of the world?  This term we're going to be investigating and exploring some of the earth's extremes from raging storms, erupting volcanoes, raging tsunamis to terrifying tornadoes and severe flooding.  Come and join us... 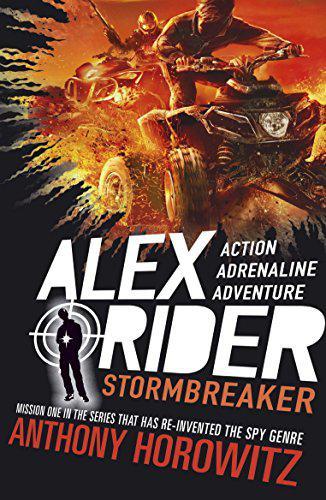 Forcibly recruited into MI6 after the mysterious  death of his guardian, 14yr old Alex is sent to infiltrate the organisation of a sinister billionaire.  Within days, he's gone from schoolboy to super spy - and it looks like his first assignment may be his last.

Will Alex survive?  What happened to his uncle?  Is being a spy all it's cracked up to be?  Let's get reading...

Alex Rider has just found out out the most devastating news possible - his uncle is dead.  Read Rebecca's diary entry which describes Alex's inner-most feelings.   Great build-up of atmosphere and fantastic use of expanded noun phrases in your descriptions. A big well done Rebecca! 😁

Do you know your tetrahedrons to your hexagonal prisms? Well we do! We've been busy investigating the number of different nets some 3-D shapes can make.

Have you got what it takes to be a MI6 spy? Take a look at our TWO star writers' letters of application for a position as a secret spy.  This week proved to be far too difficult in selecting just one star writer, so we have two!! Well done Umaima and Hasib - fantastic persuasive letters!

Ever heard of a hapalochlaena lunulata? Neither had we until we started reading Stormbreaker. This week's Star Writer has written a fabulous character description describing the moment Alex Rider walks into Sayle's office, coming face to face with an unusual pet - a blue-ringed octopus! Well done Shanice!! ☺️

Grab a cuppa and take a seat...